Women empowerment has become a daily task undertaken by us all but we will nevertheless still embrace the occasion of International Women’s Day to wholeheartedly celebrate those fabulous women who have carved their paths through stone to achieve their ambitions. World-renowned jeweller and one of Egypt’s most influential women; Azza Fahmy sets the perfect inspiring example to follow or – better yet – to place on a pedestal, to teach future generations about courage, talent, and working hard despite it all. CIIN chatted with the designer herself to get an insight into the life and love of Azza Fahmy….

1 || Egypt in 1969 must have been a very difficult place for a young designer like yourself trying to carve her way in a man’s world, tell us about your start.

I began my career working for the Egyptian Government as a graphic designer before my passion for jewellery design was ignited. I was the first woman to enter the male bastion of Khan El Khalili, Egypt’s ancient jewellery quarter where I trained for two years as an apprentice before moving to London courtesy of a British Council Scholarship to further and complete my jewellery design studies.

I returned to Egypt and began my career creating hand-crafted jewellery and steadily developed a growing business. By the mid 90’s my business had grown to a fully-fledged brand with a strong export business.

2 || Being such an art enthusiast how do you incorporate art in your designs while still maintaining functionality and form?

As a designer, I find inspiration all around me and I always try to translate it into wearable art. Today’s modern woman is evolving and therefor needs something to evolve with her. For example, our latest MC’17 collection masterpiece, the Peacock collar, is easy to wear, light, you just place it on your neck and you’re good to go.

A woman who’s unique, and is looking for jewellery that is different and personal with a story she can connect with.

4 || Tell us about your previous collaborations for London Fashion Week?

For London Fashion Week, Azza Fahmy Jewellery joined forces with Julien Macdonald in 2006 for a two-year collaborative partnership and with British duo- Preen, Justin Thorton and Thea Bregazzi, in 2010 for an avant-garde collection for New York Fashion Week. In 2013, Azza Fahmy jewellery partnered up with British designer Matthew Williamson for a two-season collaboration for his SS’14 and AW14 Catwalk shows for London Fashion Week.

5 || How was your “Hajj” Collection for the British Museum put together and how was it received?

Azza Fahmy Jewellery embarked on several cultural collaborations including two bespoke collections for the British Museum in 2012 and in 2015 in support of their Exhibitions ‘Hajj: Journey to the Heart of Islam’ entailing historic reflections inspired by Hajj pilgrimage and sacraments, and ‘Egypt: Faith after the Pharaohs’ which explores the early development and co-existence of the major Abrahamic faiths in Egypt from 30 BC onwards.

6 || You are considered one of Egypt’s most influential women, what does that mean to Azza the person and Azza Fahmy the brand?

I am very humbled to be where I am today, I am happy that my journey paid off and that I can influence people positively. As a brand, we aim to help young entrepreneurs learn from our journeys to embark on their own successful ones.

7 || Tell us about your early days as an apprentice in Khan Al Khalili.

I wanted to learn the craft first-hand so I went to Khan El Khalili and started introducing myself to the workshops there and I was accepted in one.

I put on my overalls and started learning the basics of techniques at the hands of one of its masters, El Hajj Sayed. It wasn’t easy as jewellery was a male-dominated field, but I believed in myself.

8 || Tell us about your days as a student in London, and what influence did that have on you?

When I went to Sir John Cass Polytechnic in London, I was eager to learn as much as I could and I learnt in six months what most students learn in two years. London opened my mind; I came back with wider horizons and even bigger dreams.

9 || Opening your first boutique in London is a major feat for you and for Arabs in general, tell us all about it.

London has already made a significant educational contribution to my early career path. In addition, we have invested in growing the UK audience over the past years and our online boutique  has witnessed significant UK revenue. This and the cosmopolitan offering the market provides has made it one of our important growth areas for expansion outside the MEA region.

As a design house, our focus is on international expansion, growing our retail expansion globally and regionally, and also working on our online growth in terms of customer experience.

Industry wise, we are really focusing our efforts on our design school The Design Studio by Azza Fahmy. The school offers students and upcoming entrepreneurs a specialized jewellery design and making program that allows them to compete not only on a regional level but on a global one as well.

11 || How does it feel like having your daughters by your side and what did they add to the brand?

I consider myself very lucky to have a business that allows each of my daughters to do what they love, and to have them carry on the legacy of Azza Fahmy Jewellery. They have succeeded in taking the brand’s vision further on creative and business fronts while staying true to our core values and design philosophy, which is something I very much admire.

Amina, my youngest, is my design protégé and is currently being groomed into becoming the next Creative Director. She brings a contemporary edge to the brand, adding to our research and design methods as she currently works with trend forecasters and stylists in London. We constantly feed off each other’s inspirations and designs.

Fatma, my eldest, is the Managing Director. She passionately continues to expand the brand’s global, regional and online presence. Our Exclusive Interview With Sama Kilani of Equilibrium 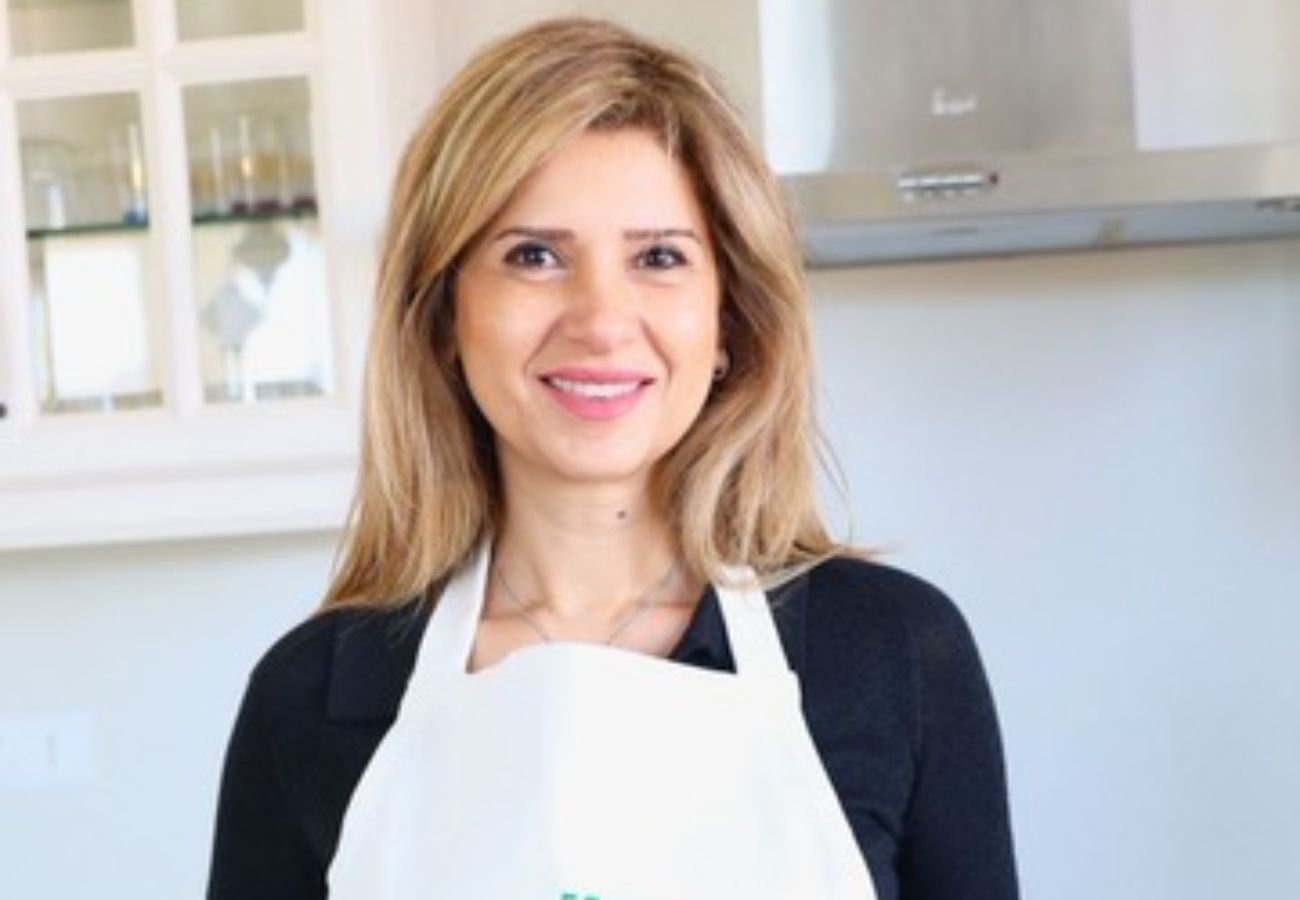